To share your memory on the wall of Steven Hill, sign in using one of the following options:

He was preceded in death by his paternal grandparents, George and Maxine Hill and maternal grandmother, Lois Conner.

Todd loved to be outdoors and with his girls. He enjoyed hunting, fishing, time at the Lake with his family and archery. In his spare time, he enjoyed watching his girls cheer and play sports, he will always be there #1 fan.

Todd would light up a room no matter where he was, he never knew a stranger, he loved everyone and will be deeply missed by all.

Visitation will be from 10 to 11 a.m. Saturday, Sept. 12, 2020, followed by a memorial service at 11 a.m. at the R.L. Leintz Funeral Home. In lieu of flowers the family requests donations to his children.
Read Less

To send flowers to the family or plant a tree in memory of Steven Hill, please visit our Heartfelt Sympathies Store.

Martina Serecero, Gary and June Caler, and other have sent flowers to the family of Steven Hill.
Show you care by sending flowers

Posted Sep 09, 2020 at 12:58pm
We are thinking of you during this difficult time. Our thoughts and prayer are with you. Goodman Gravley Insurance Source

Medium Dish Garden was purchased for the family of Steven Hill. Send Flowers

Posted Sep 08, 2020 at 09:29pm
I didn't know Steven but I knew Rhonda and knowing Rhonda is to be allowed to live vicariously through her open adoration of Steven. You would just come to know Steven was always up for a prank and no amount of personal embarrassment would dissuade him from getting in a good laugh. They were a fun loving family who allowed each other to grow in their own strengths and forge new paths as needed. They were what kids call RIDE OR DIE....she wasn't sort of committed to him...she was 100% invested. And it was a reciprocal bond. Amazing what you can learn about someone just listening to her hair raising story of a half time event at the Chiefs game. She is loved and has so much support from friends she and Steven kept close.
Comment Share
Share via:
GC

Gary and June Caler purchased the Sweet Tranquility Basket and planted a memorial tree for the family of Steven Hill. Send Flowers 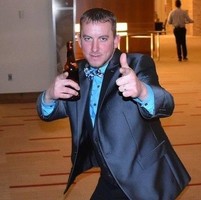 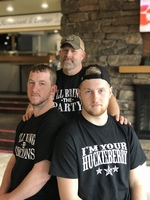 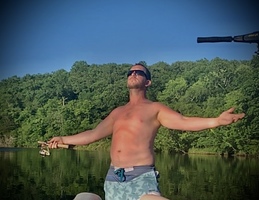 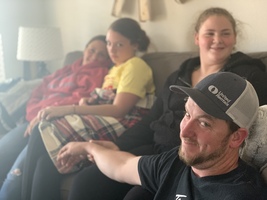