To share your memory on the wall of Edmund Theis, sign in using one of the following options:

Print
Edmund John Theis, passed away Thursday, April 23, 2020, at the age of 86. Edmund was passionate about agriculture and dedicated his life to farming and raising livestock, to include registered Angus cattle and swine.

He was born Jan... Read More
Edmund John Theis, passed away Thursday, April 23, 2020, at the age of 86. Edmund was passionate about agriculture and dedicated his life to farming and raising livestock, to include registered Angus cattle and swine.

He was born Jan. 15, 1934, in Atchison, Kan., to George Edmund “Ed” and Mary (Wagner) Theis. He attended Potter Grade School and graduated from Potter High School in 1952.

On May 4, 1957, he married Alice Louise Heim at St. Joseph Carmelite Church in Leavenworth. Together they farmed for 63 years under the current farm name April Valley Farms.

He was recognized as a Historic Angus Herd for raising Angus cattle for 50 consecutive years, was recognized as an Honorary Member of the Kansas Angus Association in 2019, received the Leavenworth County Young Farmer Award and named the Leavenworth County Farm Family of the year in 1982. He served on the Farm Bureau and the Big Stranger Drainage Board. He was also a member of the Northeast Kansas Farm Management Association.

Edmund was a member of the Lucky 6 4-H Club as a youth and served as a community leader and project leader for Happy Hollow 4-H Club for 25 years. He was instrumental in the start of the Livestock Premium Auction at the Leavenworth County Fair and the Leavenworth County Beef Improvement Association, being recognized with the Pioneer Award in 2009.

He was preceded in death by his parents, a brother, Richard, two brothers-in-law, Charles Brown and Fred Haag and a sister-in-law, Carol Theis.

A private burial will be at the Mount Calvary Cemetery Lansing, with Fr David McEvoy officiating. Memorials may be given to St Joseph Catholic Church, Kansas Junior Angus Association or Steps of Faith. Memorials may be sent to the R.L. Leintz Funeral Home.
Read Less

To send flowers to the family or plant a tree in memory of Edmund Theis, please visit our Heartfelt Sympathies Store.

Receive notifications about information and event scheduling for Edmund

There are no events scheduled. You can still show your support by sending flowers directly to the family, or planting a memorial tree in memory of Edmund Theis.
Visit the Heartfelt Sympathies Store

We encourage you to share your most beloved memories of Edmund here, so that the family and other loved ones can always see it. You can upload cherished photographs, or share your favorite stories, and can even comment on those shared by others.

Joyce E. Moya, The Mance Family, and other have sent flowers to the family of Edmund Theis.
Show you care by sending flowers

Posted May 04, 2020 at 08:34am
Edmund was the model of a hardworking family man and will be remembered for his kind nature and willingness to help his community. Your family is in our thoughts and prayers. With Sincerely Condolences - Lloyd & Karen Crook Family
Comment Share
Share via:
BT

Posted Apr 27, 2020 at 01:31pm
Our deepest condolences Alice to you and the family. Edmond was a very special man and I know the light of your world. Joyce Moya and Glen Wardlow

Posted Apr 27, 2020 at 01:04pm
Our prayers are with Alice and the entire family. We will miss Edmund who was a guaranteed show at our Theis Family Reunion. Always with conversation full of knowledge. Edmund was very versatile and proud of his children. He will be missed.
Comment Share
Share via:
BP

Posted Apr 25, 2020 at 12:28pm
The Phillips family sends heartfelt sympathy and prayers to Alice and the entire Theis family. We are honored to have known Edmond and will miss him dearly.
With our deepest respect, Nancy and Bob Phillips and family.
Comment Share
Share via: 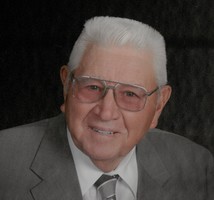