To share your memory on the wall of Donald Schmidling, sign in using one of the following options:

He attended Immaculata High School and worked at Kramer Manufacturing.

On August 2, 1952, Donald married Elizabeth Kisker and the same day was drafted to the Army for the Korean War. He served as a cook for two years and was honorably discharged with the rank of Sergeant. He proudly worked 27 years at the TWA overhaul base as a machinist taking pride in his job and he enjoyed a special bond with his co-workers. He was a member of St. Joseph of the Valley parish and cemetery committee.

Donald was preceded in death by his daughter, Linda Butler; two brothers, Maurice and Vincent Schmidling; and great-granddaughter, Alyssa Hutchens.

To send flowers to the family or plant a tree in memory of Donald Schmidling, please visit our Heartfelt Sympathies Store.

Receive notifications about information and event scheduling for Donald

We encourage you to share your most beloved memories of Donald here, so that the family and other loved ones can always see it. You can upload cherished photographs, or share your favorite stories, and can even comment on those shared by others.

Tom Schaeffer sent flowers to the family of Donald Schmidling.
Show you care by sending flowers

Posted May 21, 2020 at 10:55am
Don was one of the finest men I've ever met. A gentle giant with a warm heart and easy laugh. Always ready to help with anything asked of him. I looked forward in later years to each Sunday after Mass at Shantivanam House of Prayer to talking with him and sharing stories. He always made me smile. I'm grateful too for my long friendship with Elizabeth and Kathy Lynn and all the family. I fondly remember you all in my daily prayers, and I regret that because of health concerns in this time we are in, I will be unable to attend Don's visitation and service. But know my spirit will be giving you hugs that I so wish my body could do.
With love,
Tom Turkle
Comment Share
Share via:
HS

Flowers were purchased and a memorial tree planted for the family of Donald Schmidling. Send Flowers

Posted May 20, 2020 at 09:06am
Please accept our most heartfelt sympathies for your loss... Our thoughts are with you and your family during this difficult time. 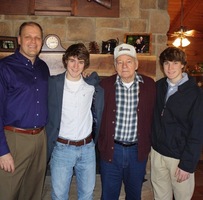 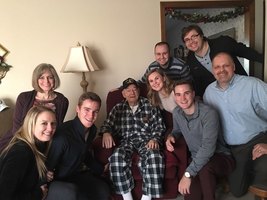