To share your memory on the wall of Bonnie Hobbs, sign in using one of the following options:

She was raised in Leavenworth and graduated from Leavenworth Hi... Read More
Bonnie J. Hobbs, 93, of Leavenworth, died, May 1, 2020. Bonnie was born Jan. 13, 1927, in Leavenworth County, the youngest daughter of Leonard John and Grace (Lamborn) Reu.

On October 22, 1949, Bonnie married James S. Hobbs. After 56 years of marriage, he preceded her in death. She was also preceded in death by her parents; two sisters, Marjory M. Crist and Jeanette R. Dickson; and a great grandchild, Aaden Grant Frederick.

Bonnie was employed as a medical stenographer at the (then) Wadsworth VA hospital. In later years she was a stenographer and clerk typist at Fort Leavenworth, retiring in 1989 with 20 years of service. Bonnie was a member of the First United Methodist Church and a member of Byington Chapter Order of the Eastern Star for over 60 years. In past years, she was a member of the Lansing Historical Society, Cushing Hospital Volunteers, Henry Leavenworth Antique Auto Club, Model A Ford Club of America, Kaw Valley Quilters Guild of Lawrence and Quilters Guild of Greater Kansas City. Among her many interests were being a prolific quilter, collecting antiques and primitives, restoring antique furniture, sewing for her children, grandchildren and the Jobs Daughters of Bethel #28.

There will be a private family graveside service for Bonnie.

To send flowers to the family or plant a tree in memory of Bonnie Hobbs, please visit our Heartfelt Sympathies Store.

Receive notifications about information and event scheduling for Bonnie

There are no events scheduled. You can still show your support by sending flowers directly to the family, or planting a memorial tree in memory of Bonnie Hobbs.
Visit the Heartfelt Sympathies Store

We encourage you to share your most beloved memories of Bonnie here, so that the family and other loved ones can always see it. You can upload cherished photographs, or share your favorite stories, and can even comment on those shared by others.

Posted May 09, 2020 at 09:45am
She was my favorite aunt and while I was unable to see her as much as I would have liked, she will always be in my heart. Her memory will be cherished. She will be greatly missed. Love, Cindy
Comment Share
Share via:
IG

Posted May 07, 2020 at 04:00pm
Ruth, Carol, Amy, and Stan -- I am so sorry for your loss. I always thought Bonnie was such a strong, independent woman and a great role model. We were lucky to have been around when we all had a "village" of mothers to look after all of us and Bonnie was definitely part of that village. It is really hard to lose your mother but also comforting to have so many wonderful memories of her. Know that I am thinking of you and giving you each a virtual hug!
Comment Share
Share via: 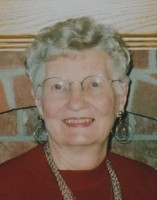