To share your memory on the wall of William Shippey, sign in using one of the following options:

While growing up in... Read More
William (Bill) Howard Shippey, 80, of Leavenworth, passed away peacefully Aug. 11, 2020. He was born Aug. 6, 1940, in Morris, Minn. the youngest of two children, to William Hiram and Bessie Syneva (Torgerson) Shippey.

On June 2, 1973, Bill married Karen Denise Kirkpatrick in St. Paul, Minn. Their daughter, Dana, was born the following year. In 1984, Bill and Karen made Leavenworth, Kan. their home and they both enjoyed being active in the community. Their granddaughter, Lauren, was born in 2005. Bill loved to read and to travel. He enjoyed planning detailed family trips across the United States, skiing with his daughter and taking his granddaughter to aquariums, amusement parks and even swimming with dolphins. Bill’s generosity, laughter and positive attitude was evident to all who met him, and he was always dedicated to making sure “everything was taken care of.”

Bill’s military career began in 1962 when he enlisted in the Army as a Private. He was selected for, and graduated Officer Candidate School in 1963. Bill was an Infantry Officer and graduate of the Airborne (1963), Ranger (Winter, 1970) and Special Forces Qualification (1970) courses. During his two combat tours of duty in Vietnam, Bill served as an Advisor to the South Vietnamese Army and later as the Company Commander, N CO, 75th Ranger Regiment (173rd Airborne).

Later military assignments included the 25th Infantry Division in Hawaii and Professor of Military Science at the University of South Dakota. Always a strong proponent of education and continued learning, Bill earned a Master of Arts in Education from the College of Saint Thomas and an MBA from the University of South Dakota. His final assignment was at the US Army Command and General Staff College at Fort Leavenworth, Kan. where he developed new curriculum. Bill retired as a Lieutenant Colonel whose decorations included two Bronze Stars, the Purple Heart, the Combat Infantry Badge and numerous awards for gallantry from the Republic of Vietnam. He was awarded the Harry S. Truman Veteran’s Medal in 1986. Bill was a life member of the Veterans of Foreign Wars, the American Legion, the Airborne Association, and the Special Forces Association, among others.

After retiring from the military, Bill worked in the private sector as a businessman and general manager in the plastics industry in Overland Park, Kan. After a successful 23 years, he left private industry to serve veterans and their families as a VFW Veteran’s Service Officer at the Dwight D. Eisenhower Medical Center in Leavenworth, Kan. Bill worked tirelessly for ten years, until his retirement, to support the veteran community. During his professional life, Bill cultivated enduring friendships and was a mentor to many.

Bill is preceded in death by his parents; and his sister, Barbara Boerger.

He survived by his wife of 47 years, Karen, his daughter Dana Gregory (Charles) and granddaughter, Lauren of Monument, Colo.; his son, Michael Shippey and grandsons, Joshua, Jacob and Jared and their children all of Everett, Wash.; a sister-in-law, Leva Swim; four nieces, Sue Boerger, Mary Beth Boerger-Albertson, Heidi Rodriguez and Patricia Wise; and a nephew, Charles Boerger and their families.

He was a loving husband, dedicated father and grandfather, cherished uncle and devoted friend. He was a patriot, soldier, advocate for veterans and their families, businessman, educator and mentor.

Bill taught us that you can do anything you set your mind to, to seek out opportunities for adventure, to always try to do something positive in the world and to keep a sense of humor-even when it’s hard. He is always loved and will be forever missed.

Visitation will be from 6 to 8 p.m. Tuesday, Aug. 18, 2020, at the R.L. Leintz Funeral Home. A funeral service will begin at 10 a.m. Wednesday, at the funeral home. Burial will follow at Leavenworth National Cemetery. Donations may be sent in lieu of flowers to VFW Post # 56 in
Read Less

To send flowers to the family or plant a tree in memory of William Shippey, please visit our Heartfelt Sympathies Store.

Receive notifications about information and event scheduling for William

We encourage you to share your most beloved memories of William here, so that the family and other loved ones can always see it. You can upload cherished photographs, or share your favorite stories, and can even comment on those shared by others.

Tricia and Bart Wise and their clan!

Posted Aug 20, 2020 at 03:09pm
In honor of our loving and generous Uncle Bill. We have appreciated his intentional love and enthusiasm for life with the phrase "that is so neat!"

Posted Aug 18, 2020 at 08:08am
Thinking of you during this difficult time. In memory of Bill, a great family man and patriot!

Flowers were purchased for the family of William Shippey. Send Flowers

Flowers were purchased for the family of William Shippey. Send Flowers

Posted Aug 14, 2020 at 07:13pm
Truly an American Patriot, Thank you Sir! for your service to our Nation and to our Veterans. May God bless you, your Family and your Friends. GONE BUT NOT FORGOTTEN.
Comment Share
Share via: 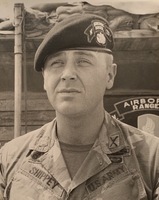