To share your memory on the wall of Theodore LoPresti, sign in using one of the following options:

Print
The life of Theodore “Ted” Robert LoPresti, 85, of Leavenworth, ended Dec. 26, 2019. He was born in Ravenna, Neb., to Mike and Mabel LoPresti on September 17, 1934, joining his brother Tom and sister Frances.

After graduating from Ra... Read More
The life of Theodore “Ted” Robert LoPresti, 85, of Leavenworth, ended Dec. 26, 2019. He was born in Ravenna, Neb., to Mike and Mabel LoPresti on September 17, 1934, joining his brother Tom and sister Frances.

After graduating from Ravenna High School, Ted served in the Air Force and after his honorable discharge, Ted received degrees from Chico State University, Calif., and the University of Kansas.

His teaching career began in Leavenworth, Kan., as an English teacher and concluded when he retired from the counseling department at Lansing High School. He was a loyal fan of Nebraska football, an avid traveler, a modest fisherman and hunter and always enjoyed pouring himself a glass of wine (or two) with his steaks. Ted was very proud of his Sicilian heritage. As a second generation Italian-American, Ted documented and chronicled his father’s immigration at the age of 15 to the United States through Ellis Island. Ted maintained contact with his family in Sicily and visited them numerous times over the years.

Ted is survived by his wife, Priscilla; son, Vincent (Danielle) of Dallas, Texas; granddaughter of Ivey, Chicago, Ill.; sister-in-law, Faith LoPresti, of Tigard, Ore.; and his nieces and nephews.

Special thanks go to the Leavenworth V.A., Good Shepherd Hospice and especially to Stephanie, his visiting nurse, who helped Ted in his battle with ALS.

A visitation will be from 10:30 to 11 a.m. Saturday, Jan. 4, 2020, at the R.L. Leintz Funeral Home, in Leavenworth, Kan. A celebration of Ted’s life will begin at 11 a.m. Saturday, at the funeral home. The family asks anyone attending to wear red for Husker football and Lansing High School. In lieu of flowers memorials are suggested to the Lansing Educational Foundation.
Read Less

To send flowers to the family or plant a tree in memory of Theodore LoPresti, please visit our Heartfelt Sympathies Store.

Receive notifications about information and event scheduling for Theodore

We encourage you to share your most beloved memories of Theodore here, so that the family and other loved ones can always see it. You can upload cherished photographs, or share your favorite stories, and can even comment on those shared by others.

Douglas and Daisy Davis sent flowers to the family of Theodore LoPresti.
Show you care by sending flowers

Posted Jan 03, 2020 at 02:47pm
I had the priviledge of helping the LoPrestis plan their travel since 2013. I always looked forward to seeing Ted and Priscilla. He was always so excited to be taking a trip and so appreciative of everything that I did for them. Shared great stories of their adventures. Ted will be dearly missed. My coldolences to Priscilla and the family.
Comment Share
Share via:
CL

Posted Jan 03, 2020 at 10:31am
My condolences to the family and to Mrs. LoPresti, fond memories from Lansing High School, Class of 87!
Comment Share
Share via:
DD

Posted Jan 02, 2020 at 06:58pm
Sending our love and support for you during this difficult time

Douglas and Daisy Davis purchased flowers and planted a memorial tree for the family of Theodore LoPresti. Send Flowers 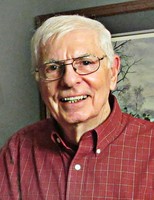