To share your memory on the wall of Steven Landis, sign in using one of the following options:

Upon graduating from Berlin Brothersvalley High School in 1982, Steve attended Duke University where he was awarded the George C. Maschall Award as the top ROTC cadet. After graduation in 1986, he was commissioned into the Army as an Infantry officer. During his 28 years of active duty service to the Army, Steve gained extensive worldwide experience in Germany, various postings in the Untied States, South Korea, Kuwait and Iraq before retiring as a Colonel. He served in each assignment with honor and integrity gaining many good friends and stories along the way. Throughout his career, he made a point of being a mentor to junior officers and soldiers, helping them with their career path and being a team player in any situation; remaining calm and decisive in times of high stress. He was most proud of the fact that he did not lose any soldiers in combat and that everyone he was responsible for in Iraq came home to live another day. He finished out his career as a faculty instructor at the US Army War College in Carlisle, PA, where he, himself, had been a graduate in 2009.

Steve was a lifelong supporter of all Pittsburgh sports teams. He seldom missed a Steelers, Penguins or Pirates game and was lucky enough to see each of those teams play in person! He was also an avid reader of history and had amassed a sizeable collection of books over his lifetime.

Inurnment at Arlington National Cemetery will be at a later date.
Read Less

To send flowers to the family or plant a tree in memory of Steven Landis, please visit our Heartfelt Sympathies Store.

There are no events scheduled. You can still show your support by sending flowers directly to the family, or planting a memorial tree in memory of Steven Landis.
Visit the Heartfelt Sympathies Store

Posted Aug 30, 2020 at 09:14am
Maggie and family, I truly enjoyed working with Steve. He always had a smile and time to share his knowledge. He will be truly missed.

3 trees were planted in the memory of Steven Landis

Posted Aug 30, 2020 at 11:46am
Dear Maggie and Family: We remember Steve and send our heart felt condolences to each of you. From your friends at the Memorial Chapel.

Posted Aug 30, 2020 at 09:36am
My dearest Maggie,
I have never had a sister but think of you as one. The last few years have been so difficult - it is consoling to think of Steve in a state of great peace now. May God's healing power wash over all of you now. Sending you much love.
Comment Share
Share via: 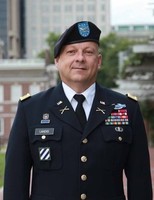 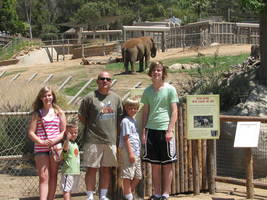 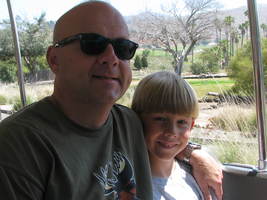 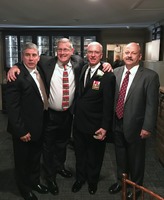