To share your memory on the wall of Rozwell Perkins, sign in using one of the following options:

He was preceded in death by his parents; younger sister, Janet May; son, Randy Asher; and sister-in-law, Bonnie Bohanon.

Ross was raised in Lansing, Kan., and attended Lansing schools. Ross played high school basketball and was on the cheer squad. He was an active member of the Lansing Alumni Association (Class of 1949), of which he was the last of 3 active members. For the past 10 years, he was honored to present scholarships to deserving graduates at Lansing High School’s annual commencement awards banquets on behalf of the association.

In his teenage years, Ross worked at the Lansing Drug store as a soda jerk which must have inspired his secret recipe for home-made vanilla ice cream which he made on special occasions and always for Danny’s birthday.

After high school, Ross studied Accounting at the University of Kansas and through the Army National Guard was activated into the U.S. Army and served 2 years as Corporal in the Korean War. Ross worked for the Bureau of Prisons where he held positions at the Leavenworth Federal Prison (1952), Alcatraz (1956), Leavenworth (1961), Petersburg, Va. (1975), McNeal Island (1979) and Englewood, Colo. (1980). He retired as Unit Manager from the Bureau of Prisons in 1981. Ross graduated in 1985 from Park College with a B.S. degree in Criminal Justice. He then continued his career in Corrections at the Kansas State Penitentiary as Unit Manager until his second retirement in 1994.

Ross’ passions were his family, friends and service to the community. He was an active member of Gideons International. He was also an active member of First Baptist Church, Leavenworth, serving as Financial Secretary, Sunday School Teacher, various board positions, and eight mission trips to various parts of the world. He was a 65-year member of the Abdallah Shriners and the Masonic Lodge and took exterior steps to Nine Mile Lodge #49 and Hancock Lodge #311, Fort Leavenworth. He was a 32 Mason and joined many other Masonic organizations including Ancient Toltec Rite, York Rite, Scottish Rite, White Shrine, Eastern Star (past patron twice), and High Twelve. He was a DeMolay Dad mentoring many young men both during his career and throughout life.

In his spare time, Ross enjoyed square dancing with Doris and friends, reading, bowling, playing Jokers, gardening, golfing, woodcarving and hanging out at the lake house. Ross was a great fisherman and enjoyed watching his grandsons catch catfish and perch off the dock.
Ross was a devout family man and friend to everyone he met. He will be remembered for his unwavering kindness and devotion to helping others.

Visitation will be from 5:30 to 7:30 p.m. with a Masonic Service at 6:30 p.m., Thursday, January 23, 2020 at the R.L. Leintz Funeral Home. A funeral service will begin at 11:00 a.m. Friday at First Baptist Church, 340 N. 13th Street, Leavenworth, KS. Burial will follow at Mt. Muncie Cemetery. In lieu of flowers, memorial donations can be made to Linn Valley Community Church, Linn Valley, Kansas or the Masonic Hancock Lodge #311, Fort Leavenworth.
Read Less

To send flowers to the family or plant a tree in memory of Rozwell Perkins Jr., please visit our Heartfelt Sympathies Store.

Receive notifications about information and event scheduling for Rozwell

We encourage you to share your most beloved memories of Rozwell here, so that the family and other loved ones can always see it. You can upload cherished photographs, or share your favorite stories, and can even comment on those shared by others.

Posted Jan 21, 2020 at 10:56pm
Ross was one of the sweetest men i have ever had the honor of knowing and experiencing his friendship. He was one of a kind and will be missed by a multitude of people whose lives he touched.
Comment Share
Share via:
RB

Posted Jan 21, 2020 at 08:27pm
I remember Ross from his days at the Lansing Correctional Facility. He was always a helpful and friendly guy. I am so sorry to hear about his passing. Rest in peace Ross you certainly will be missed.
Comment Share
Share via: 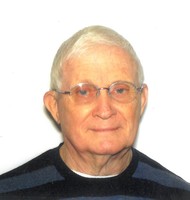