To share your memory on the wall of Ronald Ernzen, sign in using one of the following options:

Print
Ronald Felix Ernzen, 82, well-known realtor and farmer, passed away after a short illness on Dec. 3, 2020, at his home in rural Leavenworth County surrounded by his loving family.

A parish and Knights of Columbus rosary will be recited... Read More
Ronald Felix Ernzen, 82, well-known realtor and farmer, passed away after a short illness on Dec. 3, 2020, at his home in rural Leavenworth County surrounded by his loving family.

A parish and Knights of Columbus rosary will be recited followed by a visitation from 5:00 to 8:00 p.m. on Tuesday, Dec. 8, at R.L. Leintz Funeral Home, 4701 10th Ave., Leavenworth, KS 66048. Mass of Christian burial will be held at 10:30 a.m., Wednesday, Dec. 9, at Immaculate Conception Church, Leavenworth, Kan., with Father Glenn Snow as celebrant. Interment will follow in St. Patrick’s Cemetery, Atchison, Kan.

Ronald was born July 26, 1938, in Atchison, Kan. He was the youngest son and sixth of eight children born to Felix and Frances Domann Ernzen. He attended St. Patrick’s Elementary, Atchison, Kan., and graduated from Atchison County Community High School, Effingham, Kan., in 1956. After graduation he attended evening classes at St. Benedict’s College and K.U. Extension.

For his entire life he was a successful Farmer and Rancher, never losing his love for the land. Encouraged by his lifelong friend Don Thompson, he obtained his Real Estate license; and in 1978 he joined Francis X. Thorne Realty launching a 42-year career. As a Realtor, he specialized in agricultural sales and subdivision development. He enjoyed the challenge of closing a deal and was known for his integrity, honesty and thoroughness.


Throughout his tenure he worked for several agencies and was a broker/co-owner of ReMax Crossroads Realty with long-time business partner Kathy Hiatt. During his career, he achieved many awards and designations. He served as President of the Leavenworth Board of Realtors, Chairman of the Leavenworth Planning and Zoning Commission, and board member of the Leavenworth Regional Catholic Schools.

Ronald was an unforgettable character who possessed a keen sense of humor and a mischievous nature. He obtained his pilot license in 1969. He constructed a private runway on his family farm and loved to fly his Piper Colt until surviving a crash landing in 1973.
He held strong beliefs regarding his personal ethics and Catholic faith; and prided himself in never missing Mass on Sunday. He was a history buff who enjoyed his travels to 35 countries and all 50 states.

In 1967 he married Barbara Louise Arb at Queen of the Holy Rosery Church, Overland Park, Kan., celebrating 53 years of marriage on July 22, 2020. Above all he treasured his family and loved them all deeply - his children, grandchildren, siblings, and nieces and nephews. He and Barbara are the parents of sons Jeffrey (Alison) of Prairie Village, Kan., and Gregory (Katie) of Shawnee, Kan. He was “Papa” to grandchildren Grace, George, Felix, and Jonah, who were the light of his life. He was preceded in death by parents Felix and Frances Ernzen, brother Dan Ernzen and sister Rita Schuler. He is survived by sisters Dorothy McDermed, Atchison, Kan.; Dr. Marie Landwer, Henderson, Nev.; Patsy Penning, Atchison, Kan.; Shirley Ernzen, Olathe, Kan.; and brother Tom Ernzen, Waco, Texas.

Memorial contributions are suggested to the Children’s Center for the Visually Impaired (CCVI of Kansas City, Mo.), Leavenworth Regional Catholic Schools, or The American Cancer Society, and may be left in care of the funeral home.
Read Less

To send flowers to the family or plant a tree in memory of Ronald Ernzen, please visit our Heartfelt Sympathies Store.

Receive notifications about information and event scheduling for Ronald

We encourage you to share your most beloved memories of Ronald here, so that the family and other loved ones can always see it. You can upload cherished photographs, or share your favorite stories, and can even comment on those shared by others.

Kevin and Ada Shea, and Family, Mark & Paula Finch, and other have sent flowers to the family of Ronald Ernzen.
Show you care by sending flowers

Kevin and Ada Shea, and Family

Posted Dec 08, 2020 at 10:02am
Dear Ernzen Family, Please accept our deepest condolences. We consider ourselves very fortunate to have known Ron. Keeping you all in prayer.

Kevin and Ada Shea, and Family purchased flowers and planted a memorial tree for the family of Ronald Ernzen. Send Flowers

Posted Dec 07, 2020 at 12:47pm
To Greg and the entire Ernzen family, we are thinking of you during this difficult time. With our heartfelt condolences, 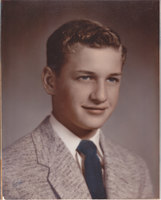