To share your memory on the wall of Robert Layton, sign in using one of the following options:

Bob grew up in the Leavenworth and Lansing area. He attended Lansing High School and graduated in 1988. He participated in a multitude of sports and gained a State Title in wrestling his graduating year. Although he had many offers from multiple colleges to join their football or wrestling teams, he chose to join the military and was stationed at Fort Bliss in Texas. Here he met the love of his life and his first daughter and returned to Lansing to begin family life. He continued his service to his country by working at the Leavenworth VA, and soon after welcomed his second daughter. He continued his love of sports and played on multiple softball teams with friends.

Later in life he carried the title of "Best Boss Ever" as a supervisor at CMOP. In his free time he enjoyed fishing, going out to Perry Lake on his boat "My Maria", spending time with friends, and enjoying Chiefs football, Royals baseball, and Nascar races. He was a loving man who took care of his family any way he could. He was well known by friends to lend a helping hand if anyone needed one. He will be greatly missed by all who knew him.

A celebration of his life will begin at 4 p.m. Sunday, May 30, 2021, at Buffalo Bill Cody Park, 3003 Shrine Park Rd, Leavenworth. Arrangements in care of R.L. Leintz Funeral Home.
Read Less

To send flowers to the family or plant a tree in memory of Robert Layton Jr., please visit our Heartfelt Sympathies Store.

Receive notifications about information and event scheduling for Robert

There are no events scheduled. You can still show your support by sending flowers directly to the family, or planting a memorial tree in memory of Robert Layton Jr..
Visit the Heartfelt Sympathies Store

We encourage you to share your most beloved memories of Robert here, so that the family and other loved ones can always see it. You can upload cherished photographs, or share your favorite stories, and can even comment on those shared by others.

Posted May 28, 2021 at 12:44pm
I worked with "Jr." at the VA for many years in bldg 122. He was kind with our patients and always ready with that beautiful smile. He is clearly gone way too soon. I am so sorry for your loss.
Comment Share
Share via: 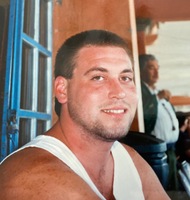