To share your memory on the wall of Nicole Bell, sign in using one of the following options:

Nicole started school at St Paul’s Lutheran School before moving to Copperas Cove, Texas in 1984 with her mom and step-dad, Larry B. Henderson. After moving back to Leavenworth in 1990 she attended Leavenworth Public Schools. She is a Past Honored Queen of Bethel #28 Leavenworth, Job’s Daughters International.

From her first marriage Nicole has two children Thorin and Isaac.

On Oct. 2, 2000, Nicole married Jason D. Bell in Norfolk, Va. From this marriage came one child, Haley. As a navy wife she spent time with the love of her life traveling between Norfolk, Va., Virginia Beach, Va. and Patuxent River, Md. and finally returning to Leavenworth November 2008.

Throughout Nicole’s life she volunteered in her children’s school activities such as PTA, girl scouts and Trinity Lutheran Church Youth Group.

As much as we would love for everyone to celebrate her life with us, COVID-19 restrictions limit us to a private family service. Arrangements in care of R.L. Leintz Funeral Home.
Read Less

To send flowers to the family or plant a tree in memory of Nicole Bell, please visit our Heartfelt Sympathies Store.

Receive notifications about information and event scheduling for Nicole

There are no events scheduled. You can still show your support by sending flowers directly to the family, or planting a memorial tree in memory of Nicole Bell.
Visit the Heartfelt Sympathies Store

We encourage you to share your most beloved memories of Nicole here, so that the family and other loved ones can always see it. You can upload cherished photographs, or share your favorite stories, and can even comment on those shared by others.

Posted May 12, 2020 at 05:22pm
Jason and Family,
My condolences for your loss. It has been my pleasure the last several years helping
Nicole with her glasses purchases. I will miss her. Eternal rest grant her O Lord and may
the perpetual light shine upon her. May she rest in peace. Amen. My prayers are with
you all through this season of sorrow.
God Bless,
Jeannine
Optician at Reifschneider

Posted May 12, 2020 at 07:49am
Jason & Family- I am so sorry for your loss. Praying you find peace in these difficult times. If there is anything you need please don't hesitate to reach out. You all are in my thoughts and prayers.
Comment Share
Share via:
DC

Posted May 11, 2020 at 01:12am
Pam sorry about the death of your daughter. Sincere prayers for all of your family
Darlene Caraway
Comment Share
Share via:
MD

Posted May 10, 2020 at 09:42am
To Jason Bell and the family - our sincerest condolences. Our thoughts and prayers are with you. - Melissa Drummond and your FPAC HRD family.
Comment Share
Share via:
SN

Posted May 09, 2020 at 10:21pm
Jason & Family. So very sorry for the sudden loss of Nicole.If yourUSDA family could be with you we would be there. Bless your hearts.... may your faith get you through the tough days ahead. You’re in my thoughts & prayers. Your work family is here for you, whatever you need, Sending you hugs and prayers. If you need anything please reach out to us. We’ll do whatever we can for you & your family. ❤️
Comment Share
Share via: 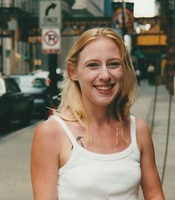