To share your memory on the wall of Nettie Mitchell, sign in using one of the following options:

Print
On Tuesday November 10, 2020, Nettie Berniece Bates-Mitchell, a loving mother, grandmother, sister, aunt, friend, and confidant to all who knew her, passed away at the age of 85, at Providence Medical Center, Kansas City, KS.
This extraordina... Read More
On Tuesday November 10, 2020, Nettie Berniece Bates-Mitchell, a loving mother, grandmother, sister, aunt, friend, and confidant to all who knew her, passed away at the age of 85, at Providence Medical Center, Kansas City, KS.
This extraordinary woman was born on October 21, 1935 in Leavenworth, KS, to the union of Albert Bates Winston and Evelyn Patterson and was the eldest of her siblings.
She graduated from Leavenworth High School and later worked as a Team Assembler for Hallmark Cards, a Census Taker for the United States Census Bureau, a Nurse’s Assistant for the Veteran’s Administration and Cushing Hospital, and as a Cashier at the Fort Leavenworth Post Exchange. In 1954 she married Harvey O. Mitchell, a serviceman in the United States Army and traveled numerous places across the country with him and their five children, before settling in her hometown of Leavenworth. However, for many years thereafter, she continued to travel throughout the United States and twice to Germany to visit family and friends. She was lifetime member of Sunflower Missionary Baptist Church, and in her own words she wrote, “My journey with Sunflower Baptist Church began as a babe in my mother’s arms.” As a member she served as a Post Delegate, on the Missionary Committee, and the Mother’s Board. She spoke fondly of attending and being involved in various church services and activities throughout her lifetime. She was a strong woman of faith and committed to the service of her Lord and Savior Jesus Christ. Her great reward from Him for her faithful and selfless service is clearly identified in the Book of Matthew, Chapter 25, Verses 31-40, where it is written, 31 “When the Son of Man comes in His glory, and all the holy angels with Him, then He will sit on the throne of His glory. 32 All the nations will be gathered before Him, and He will separate them one from another, as a shepherd divides his sheep from the goats. 33 And He will set the sheep on His right hand, but the goats on the left. 34 Then the King will say to those on His right hand, ‘Come, you blessed of My Father, inherit the kingdom prepared for you from the foundation of the world: 35 for I was hungry and you gave Me food; I was thirsty and you gave Me drink; I was a stranger and you took Me in; 36 I was naked and you clothed Me; I was sick and you visited Me; I was in prison and you came to Me.’ 37 “Then the righteous will answer Him, saying, ‘Lord, when did we see You hungry and feed You, or thirsty and give You drink? 38 When did we see You a stranger and take You in, or naked and clothe You? 39 Or when did we see You sick, or in prison, and come to You?’ 40 And the King will answer and say to them, ‘Assuredly, I say to you, inasmuch as you did it to one of the least of these My brethren, you did it to Me.'
She was the family matriarch for two decades and her maternal love, wisdom, support, charity, encouragement, guidance, and even tough love, when needed, is a great loss to her entire family, as well as many other children and adults from the community that she has helped rear over the years. She cherished every photo, gift, card, and note she received. Many of the notes, bible scriptures, and plaques of encouraging words she received could be seen posted on every wall of her home She never forgot a friend or family member’s special occasion or birthday, always sending heartfelt cards, mailing handwritten letters, offering meaningful gifts, or calling to speak kind words or personally sing happy birthday to you. She enjoyed cooking, baking, listening to soulful and gospel music, traveling, bowling, crocheting, photography, collecting owls, completing crossword puzzles, and hosting picnics, holiday events, and birthday parties.
She was preceded in death by her husband, daughter, Berniece Runnels, son, Dwayne Mitchell, parents, step-parents, Curby Rogers and Laura Mae Winston, granddaughters, Anzerita Bigby and Paulicia Carrell, siblings, Mildred Saulter, Alberta Kennedy, Vera Hildebrandt, Regina King, Orlo "Bud" Allen, Alfred Bates, Albert Bates, Katherine Winston, James Winston, Charlotte Moulden.
She is survived by her children, Edward Mitchell, Lisa Mitchell, and Charles Mitchell, grandchildren, Roman Williams, Marcus Jones, Cameron Richards, Charise Rogers, Tina Johnson, Walter Bethea, and Roslynn Bethea, 24 great-grandchildren, 12 great-great grandchildren, siblings, Curby Rogers, Adrian Rogers, Floyd Harris, Joseph Winston, Laura Solombrino, and Helen Brockenbrough, her eldest first cousin, Almeta Mantley, as well as a host of other family members and friends to cherish her memories.

To send flowers to the family or plant a tree in memory of Nettie Mitchell, please visit our Heartfelt Sympathies Store.

Receive notifications about information and event scheduling for Nettie

There are no events scheduled. You can still show your support by sending flowers directly to the family, or planting a memorial tree in memory of Nettie Mitchell.
Visit the Heartfelt Sympathies Store

We encourage you to share your most beloved memories of Nettie here, so that the family and other loved ones can always see it. You can upload cherished photographs, or share your favorite stories, and can even comment on those shared by others.

Judy Joseph sent flowers to the family of Nettie Mitchell.
Show you care by sending flowers

Posted Nov 24, 2020 at 11:40am
Aunt Nettie was my healing and my best friend. She wasn't just my elder. Over the years I became good friends with the woman in Aunt Nettie. We would get together and have good kee kees about any and everything. I learned about some her early interest with photography during our friendship and how, had she realized she could've made good money with that hobby, it may be a different life experience. She encouraged me to do the things...all the things I love, and one day I can put my feet up and rest and be grateful I don't need to rush off and do a thing. I love you Aunt Nettie! I miss you! I'll keep all your letters and cards.
Comment Share
Share via:

Accept our prayers on behalf of thy servant Nettie and grant her an entrance into the land of light and joy, in the fellowship of thy saints; through Jesus Christ thy Son our Lord, who liveth and reigneth with thee and the Holy Spirit, one God, now and for ever.
May God comfort each of you during this challenging time and give strength to all now and beyond, in Jesus mighty name, Amen.

Posted Nov 22, 2020 at 08:14pm
To the family, my heartfelt & deepest sympathy to each of you. Nettie was one of the dearest and sweetest people I could ever know. I met her when I came to Leavenworth and she was always like family to me and my family. She will truly be missed but we will know that we all loved her and she loved everyone. May God place His arms around you during this time. And we will keep you in our prayers.. Love
Violet Taylor and Family
Comment Share
Share via:
HB

Posted Nov 22, 2020 at 04:49pm
Ed, Lisa, Bo and grandchildren of Nettie B, my heartfelt & deepest condolences to each one of you as you grieve the great loss of your mother and grandmother. I know there is an ache within your heart that will never go away. Just know that those we love don't go away they walk beside us every day. Unseen, unheard, but always near, still loved, still missed and very dear. For death leaves a heartache no one can heal and love leaves a memory no one can steal. Hold on and be comforted by all those wonderful memories you’ve created with her and try your best to laugh, live and love through them all! Psalm 147:3 “He heals the brokenhearted and binds up their wounds.” God heals our broken hearts, even when we lose someone we love. Unfortunately, there is no timetable for grief but you can cling to the promise that God heals broken hearts. You remain in my thoughts and prayers! I love you all, Aunt Helen
Comment Share
Share via:
RF

Posted Nov 21, 2020 at 03:02pm
The Officers and Members of the Andrew Newton American Legion Post 94
Leavenworth

To the family of Ms Nettie Mitchell
Our deepest and sincere condolences and prayers to the family for your loss
Blessed are they who mourn for they should be comforted Matthew 5:4
May God Bless you all
Comment Share
Share via: 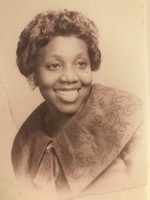 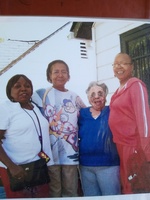 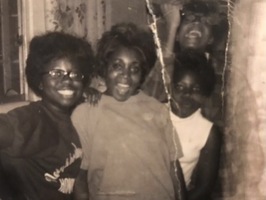