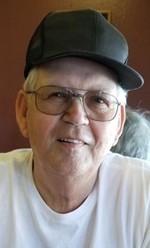 Michael Dean Wilcox, 75, of Leavenworth, Kan., passed away Sunday, Feb. 27, 2022. Mike had Vascular Dementia and had lived at the Easton Nursing Home for 9 months, then moved to The Heritage of Overland Park, where he passed away peacefully in the presence of his loving wife and sweetheart of 49 years, Denise Wilcox.

Mike and Denise lived in Florida for three years in the mid 70’s before returning home to fulfill Mike’s dream of having his own business (Mike’s Auto Repair, Mike’s Used Cars, Leavenworth Yamaha and Mike’s Small Engine Repair). Mike was well liked and respected in the community and leaves behind many, many lifelong friends.

He was a Golden Eagle, Aerie 55. He was a member of the Leavenworth Cruisers. Mike loved to travel, fish, play golf, and fly RC airplanes. He and Peri Mingo built many beautiful street rods, including Mike’s 1950 Chev Sedan (Ice Cool) and Peri’s 1955 Buick Roadmaster (Firestix).

He was preceded in death by his beloved grandmother (Mom) Nora Matheny Anderson; his parents; a brother, Andy Moore; and two sisters, Connie Tomlinson and Carolyn Allen.

A visitation will be from 11 a.m. to 1 p.m. Friday, March 4, 2022, at the R.L. Leintz Funeral Home. Burial will be private. Memorials suggested to your church or favorite charity.