To share your memory on the wall of Michael Parks, sign in using one of the following options:

He served in the United States Army. Michael also worked at M and K trucking company in Coweta, Okla.

Michael is survived by his mother; a daughter, Glenna Parks; two sons, Mikey Parks and Dylan Parks all of Leavenworth; three brothers, Donnie (Kathy) Parks if Kansas City, Kan., Billy (Claudia) Parks of Leavenworth, and Glen Parks of Lansing; a sister, Linda (Floyd) Hardin of Leavenworth; five grandchildren, Gianna, A’Lynda, Armani, Ryot and Jaxon; many cousins, nieces, nephews, his work family at M and K Trucking and all of the special people that touched his life.

A graveside service with military honors will begin at 2:30 p.m. Thursday, Jan. 7, 2021, at Leavenworth National Cemetery. Memorial donations are suggested to the family for funeral expenses.
Read Less

To send flowers to the family or plant a tree in memory of Michael Parks, please visit our Heartfelt Sympathies Store.

Receive notifications about information and event scheduling for Michael

There are no events scheduled. You can still show your support by sending flowers directly to the family, or planting a memorial tree in memory of Michael Parks.
Visit the Heartfelt Sympathies Store

We encourage you to share your most beloved memories of Michael here, so that the family and other loved ones can always see it. You can upload cherished photographs, or share your favorite stories, and can even comment on those shared by others.

Posted Dec 29, 2020 at 09:50pm
Mike is a beautiful man. I will always love him. I am blessed to have him in my life. Love always Sonya
Comment Share
Share via: 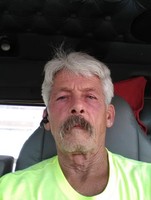 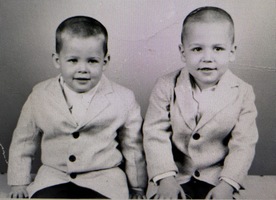