To share your memory on the wall of Maxine Schroyer, sign in using one of the following options:

On June 5, 1942, she married Donald D. Schroyer in Olathe, Kan. He preceded her in death in 1991. She was also preceded in death by her parents; a daughter, Betty Freeman; and two grandsons, Robert Freeman and Ronald Schroyer.

Her greatest love was music. She also enjoyed crafting and playing games.

Maxine was a member of the Eastern Star, First United Methodist Church, Marthas Circle and the Federal Retirees USP Leavenworth.

Visitation will be from 1 to 3 p.m. Sunday, May 16, 2021, at the R.L. Leintz Funeral Home. A private family graveside at Leavenworth National Cemetery will be at a later date.
Read Less

To send flowers to the family or plant a tree in memory of Maxine Schroyer, please visit our Heartfelt Sympathies Store.

Receive notifications about information and event scheduling for Maxine

We encourage you to share your most beloved memories of Maxine here, so that the family and other loved ones can always see it. You can upload cherished photographs, or share your favorite stories, and can even comment on those shared by others.

Posted May 16, 2021 at 11:46am
Please accept my deepest sympathy on the passing of your wonderful mother. She was a beautiful person and a pleasure to know. Love, Marilyn 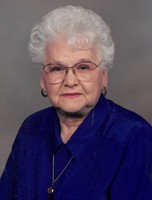