To share your memory on the wall of Lois Owen, sign in using one of the following options:

She was raised in Garden City Kan., where she graduated high school in 1965. She attended Garden City Community College and Emporia State College.

On July 26, 1975, Lois married Keith A. Owen at Leavenworth Baptist Church. He survives of the home as does her younger brother Billy Dean Burgess. She is also survived by one daughter Michelle K. Barber (Trever) of Verona Mo.; son, Stephen J. Owen (Jessie) of Raytown Mo. and son Philip A. Owen (Jessica) of Overland Park. Lois is also survived by seven grandchildren and one great-granddaughter.

She was preceded in death by her parents and younger brother, David Burgess.

Lois was a lifelong musician, serving as church pianist at multiple Baptist missions near Garden City while in her teens. At different times she was pianist at Leavenworth Baptist and also Lansing First Southern Baptist Church, of which she was a founding member. Most recently she was the musician for regular Sunday morning services at Lansing Care and Rehabilitation and at Homestead.

She enjoyed gardening, antique clocks, ceramics, calligraphy, genealogy, diamond painting, singing and especially being a mom and grandmother. In the 1980s, she was both a puppeteer and moderator for a Kids on the Block team.

Visitation will be from 6 to 8 p.m. Tuesday, Dec. 29, 2020, at the R.L. Leintz Funeral Home. A funeral service to celebrate her life will begin at 10 a.m. Wednesday at the funeral Home. Interment will be at Oaklawn Cemetery in Richland Mo. Memorials are suggested to the Barbershop Harmony Society.
Read Less

To send flowers to the family or plant a tree in memory of Lois Owen, please visit our Heartfelt Sympathies Store.

Receive notifications about information and event scheduling for Lois

We encourage you to share your most beloved memories of Lois here, so that the family and other loved ones can always see it. You can upload cherished photographs, or share your favorite stories, and can even comment on those shared by others.

Ken & Shirley Buchanan and Bill and Eilene Campsey sent flowers to the family of Lois Owen.
Show you care by sending flowers

Posted Dec 30, 2020 at 09:22am
I grew up across the street from Lois parents they were great folks.i am sad to her that Lois has gone to heaven but its good to know that I will see her again .I am so sorry for the family ....Steve Web
Comment Share
Share via:
KB

Posted Dec 29, 2020 at 01:20am
Keith and Family, Sending Hugs from afar. Know that you are all loved by your family and friends and watched over from above.

Bill and Eilene Campsey purchased flowers and planted a memorial tree for the family of Lois Owen. Send Flowers

Posted Dec 28, 2020 at 04:20pm
Our thoughts and prayers are with you. Loving thoughts are always remembered when thinking of you and your family. God Bless.

Flowers were purchased for the family of Lois Owen. Send Flowers 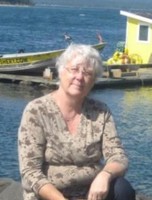