To share your memory on the wall of John Stiglmire, sign in using one of the following options:

John was a well known and loved Barber who served the Leavenworth community for almost 60 years, he was still cutting hair up until March 2020.

There will be a private graveside service for the family at a later date.
Read Less

To send flowers to the family or plant a tree in memory of John Stiglmire, please visit our Heartfelt Sympathies Store.

Receive notifications about information and event scheduling for John

There are no events scheduled. You can still show your support by sending flowers directly to the family, or planting a memorial tree in memory of John Stiglmire.
Visit the Heartfelt Sympathies Store

We encourage you to share your most beloved memories of John here, so that the family and other loved ones can always see it. You can upload cherished photographs, or share your favorite stories, and can even comment on those shared by others.

Posted Jun 11, 2020 at 09:22am
Deepest sympathy and condolences. May this tree be a tribute to John and a symbol of new beginnings.

Posted Jun 05, 2020 at 11:19am
John was never just a barber. He was a good friend and an endless source of very informed and intelligent conversation on any topic. He was such a great guy that I almost wish that my hair had grown faster so that I could have spent more time in his company! Gonna miss that man - but guess that it was time for him to cut out. God speed!
Comment Share
Share via: 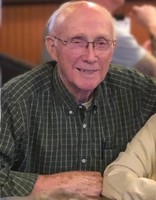