To share your memory on the wall of Helen Stewart, sign in using one of the following options:

On September 19, 1964 she married James L. Stewart in Leavenworth. He preceded her in death on March 4, 1997. She was also preceded in death by her parents; a brother, John Heim; three brothers-in-law Edmund Theis, Dale Stewart and Neal Stewart.

She went to work at Fort Leavenworth for the U.S. Army Command and General Staff College in 1962 as a clerk-stenographer. Some of her Assignments included Administrative Assistant, U.S. Army Strategic Communications Command-CONUS, Fort Leavenworth, Secretary for the Deputy Commanding General, U.S. Army Combined Arms Combat Development Activity, Visitors Bureau Specialist and Conference and Scheduling Coordinator, Executive Services.
Helen assumed duties as Security Manager and Foreign Discloser Officer for the U.S. Army Combined Arms Center, Fort Leavenworth, on Aug. 20, 1995. She remained in this position until her retirement on May 1, 2009. She was the principle advisor and manager for information security in the Combined Arms Center. As the Command Foreign Discloser Officer, she coordinated discloser of information to foreign governments and international organizations.
Helen received numerous awards during her distinguished career including Superior Civilian Service Award, Commander’s Award for Civilian Service, Fort Leavenworth Employee of the Year award in 1991 and the prestigious Army’s Foreign Discloser Officer of the Year for 2004.

Helen was involved with 4-H most of her life, as a member and leader. She served on the Rural Water District 5 Board of Directors for over 20 years. She loved her family with her grandchildren holding a special place in her heart. She grew up a farm girl, loving the outdoors, she looked forward to camping with family at Milford Lake every spring. She also enjoyed hunting and fishing in her younger years. She loved traveling with friends and family, going on several trips after her retirement. Helen touched many lives in both her professional and private life and will be truly missed.

To send flowers to the family or plant a tree in memory of Helen Stewart (Heim), please visit our Heartfelt Sympathies Store.

Receive notifications about information and event scheduling for Helen

There are no events scheduled. You can still show your support by sending flowers directly to the family, or planting a memorial tree in memory of Helen Stewart (Heim).
Visit the Heartfelt Sympathies Store

We encourage you to share your most beloved memories of Helen here, so that the family and other loved ones can always see it. You can upload cherished photographs, or share your favorite stories, and can even comment on those shared by others.

Eugene Heim and Family and David & Lisa Rapson sent flowers to the family of Helen Stewart (Heim).
Show you care by sending flowers

Posted May 13, 2020 at 11:17am
Christi Hobbs our thoughts and prayers are with you and the family of Helen Stewart during this difficult time.

Flowers were purchased for the family of Helen Stewart. Send Flowers

Posted May 12, 2020 at 07:44am
I have very wonderful memories of Helen. She worked tirelessly to help me and so many others as kids growing up . She always set a great example.

Posted May 11, 2020 at 07:29pm
I am so sorry to hear about Helen’s passing. She was such a nice person and was always a great leader for my kids in 4-H. She will be greatly missed. My thoughts and prayers for her family.
Comment Share
Share via: 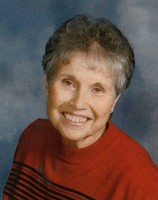