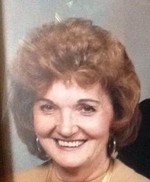 Gloria went through the Catholic School system, starting with the Sacred Heart Parish School and graduating from Immaculata High School in 1958. Upon graduation, she began taking nursing classes at the Saint Margaret’s Academy in Kansas City, Kan. She them met the love of her life, Bill Milbourn. They began their family right away, so completing nursing school with a degree was not meant to be. However, she kept her hand in the medical field for many years and managed the offices for two local doctors, Dr. Leah Stevens Waage (for almost 17 total years) the lastly for Dr. Lori Golon (for 12 years).

Bill and Gloria moved with their daughters to Atlanta, Texas in 1972, then to Garland, Texas in 1974. After 4 ½ years in Garland, the family returned to Leavenworth. Once they were empty nesters, Bill’s job took them to the Central Office of Washington DC. They lived in Virginia, then moved to Pleasanton, California office, where they resided in Tracy, Calif. Bill and Gloria enjoyed their 14 years of travel with the DOJ/BOP and when Bill retired in 1989, they returned to Leavenworth for good.