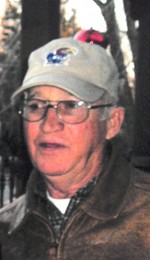 Edward served in the United States Navy from Jan. 16, 1956 to Nov. 15, 1959. He boxed while he was in the Navy. Edward was a patriot, proud to serve his country. In his free time, he enjoyed fishing and watching sports.

He was preceded in death by his parents; a son, Michael Eugene Reed; one grandchildren, Melissa Reed; three sisters, Doris Younger, Betty Housworth and his twin, Edna Lorraine Reed; and a brother, Richard Reed.

Edward was a loving husband, a dedicated father and a wonderful grandfather. He will be greatly missed.

Visitation will be from 6 to 8 p.m. Wednesday, Aug. 19, 2020, at the R.L. Leintz Funeral Home. A funeral service will begin at 11 a.m. Thursday, at the funeral home. Burial will follow at Leavenworth National Cemetery. Memorials are suggested to St. Jude Children’s Research Hospital.