To share your memory on the wall of Edward Mance, sign in using one of the following options:

On August 16, 1955, Ed enlisted into the Navy, serving four years active duty and two years reserve. Ed was a diesel mechanic on the U.S.S. Navarro APA 215 and U.S.S. Cavallaro.

On August 31, 1957, Ed married Geri after meeting her three weeks prior. Ed is survived by Geri, his wife of 63 years and three sons, David (Amy) Mance, Don Mance and Dwayne (Anah) Mance. Ed is preceded in death by his daughter, Donna Freeman.

After Ed’s service in the Navy, Ed worked for Victory Hills Country Club as the groundskeeper. In June 1973, Ed and Geri started their own lawncare business, Mance Spray Service. Mance Spray Service provided lawn, tree and shrub care in the Leavenworth area for 30 years until Ed and Geri retired in 2003. Ed continued Mance Tree Service into his retirement.

Ed spent his free time, fishing, hunting, metal detecting, being outdoors and picking his banjo. Ed was a loving husband and a proud father, grandfather and great grandfather.

A private graveside service will be at a later date.
Read Less

To send flowers to the family or plant a tree in memory of Edward Mance, please visit our Heartfelt Sympathies Store.

Receive notifications about information and event scheduling for Edward

There are no events scheduled. You can still show your support by sending flowers directly to the family, or planting a memorial tree in memory of Edward Mance.
Visit the Heartfelt Sympathies Store

We encourage you to share your most beloved memories of Edward here, so that the family and other loved ones can always see it. You can upload cherished photographs, or share your favorite stories, and can even comment on those shared by others.

Posted Feb 24, 2021 at 11:45am
Please accept our most heartfelt sympathies for your loss... Our thoughts are with you and your family during this difficult time.

The Fraternal Order of Police Lodge 19

Posted Feb 23, 2021 at 02:37pm
Please accept our most heartfelt sympathies for your loss. Our thoughts are with you and your family during this difficult time.

The Fraternal Order of Police Lodge 19 purchased flowers for the family of Edward Mance. Send Flowers

Posted Feb 21, 2021 at 01:09pm
I’m so so sorry for our loss. I can still hear his wonderful voice. After dad went to heaven he would periodically check on us. So very thoughtful. He made me think of my dad so much, it’s a lot like losing him twice. Lots of prayers coming you way.
Comment Share
Share via:
LW

Posted Feb 21, 2021 at 11:58am
Wishing you peace to bring comfort, courage to face the days ahead and loving memories of Ed (Dude) to forever hold in your heart. 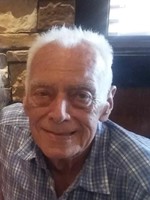