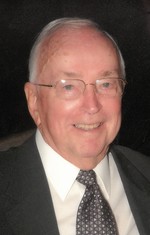 He went to work for B.F Goodrich and Feller Kitchen Store. In 1953, Don went to Besel Roofing and Heating. He became President of the company and retired from that position in 1994 and continued working part time until 2015.

The family suggests memorials to Sacred Heart Church, Cystic Fibrosis Foundation or a memorial of your choice.