To share your memory on the wall of Donald Alexander, sign in using one of the following options:

In 1958 he married Mary Lou Septer in the Dixon, MO Methodist Church. They had two daughters, Cynthia Lou and Amy Sue.
Much of his childhood was spent visiting his relatives on their farms north of Sedalia. He loved fishing and swimming in the creek and being around the farm animals especially his uncle’s team of Clydesdales!

He attended grade school at Mark Twain and Broadway Schools in Sedalia. He graduated from Smith-Cotton High School where he was active in school events including playing drums in the band and participating as a member of the debate team.

Following high school, Don attended Central Missouri State College in Warrensburg, Mo for a while and then ventured out for full time employment that lasted for 55 years.

He became a member of the advertising staff of The Sedalia Democrat and with the wonderful tutoring of two of the best advertising minds in the industry it became his lifetime vocation.

He worked at The Democrat for 32 years, rising to retail advertising manager, advertising director and assistant publisher. He also served on the board of the Sedalia Area Chamber of Commerce and was named Volunteer of the Year for 1986. He was also chairman of the Whiteman Air Force Base Community Affairs Committee for the chamber, traveling to Vandenberg Air Force Base to support our local airmen’s participation in the Olympic arena, competition between the five air force missile wings. He was a past president of the Missouri Advertising Manager’s Association, state vice president of the International Newspaper Advertising and Marketing Executive’s Association and a member of the Midwest Advertising Executive’s Association.

In 1987 he transferred to Sikeston, Mo as publisher/general manager of the Daily Standard. He served on the board of directors of the Kenny Rogers Cerebral Palsy Center, was on the board of the Sikeston area Chamber of Commerce and was active in the local Lion’s Club.

Due to a corporate buyout of competition, in 1989, Alexander transferred back to his first love of newspapering which was the ad department at The Leavenworth Times. After amassing a total of 50 years in the newspaper business, he retired! A few months later he was asked if he would consider coming back part time, which turned into an additional five years.

He served on the board of directors of The Patrons of the Leavenworth Public Library, HELP, Inc., was on the first board of directors of The Heritage Center. Years ago when the Times was sponsoring the annual Christmas Parade, They decided they needed a mascot! The women’s editor made a “Moose” costume and Don was more than happy to become, “Kris Moose,” who came to Leavenworth each year to bring joy to our kids!

Alexander was a 30 year veteran of the Missouri Army National Guard. He served in units in Sedalia, Jefferson City, Kansas City, and Richmond, Missouri. He was a Chief Warrant Officer. He was awarded The Army Commendation Medal and was inducted into the Honorable Order of St. Barbara, the patron saint of the artillery by the Harry S. Truman chapter of the U.S. Artillery Association.

Don was a member of the Trinity United Methodist Church and served on the trustees committee.

He is survived by his wife, Mary Lou, and his two daughters, Cynthia (Gary) Wyatt and Amy (Daryl) Brandt and three grandsons, Michael (Savannah), Alex and Jacob.

Visitation will be from 6 to 8 p.m. Wednesday, April 21, 2021, at the R.L. Leintz Funeral Home. A funeral service will begin at 9 a.m. Thursday, at the funeral home. Burial will follow at Leavenworth National Cemetery. The family requests that masks be worn.
Read Less

To send flowers to the family or plant a tree in memory of Donald Alexander, please visit our Heartfelt Sympathies Store.

Receive notifications about information and event scheduling for Donald

We encourage you to share your most beloved memories of Donald here, so that the family and other loved ones can always see it. You can upload cherished photographs, or share your favorite stories, and can even comment on those shared by others. 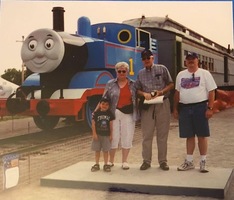 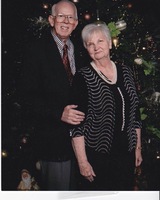