To share your memory on the wall of Dennis Visocsky, sign in using one of the following options:

He served in the United states Navy.

He served in the United states Navy.

Dennis was a jack of all trades and a master at each and every one. He worked at Kramers as a machinist and at Fort Leavenworth Disciplinary Barracks as a Locksmith. Dennis spent many years in the concrete business and owned his own company, Dennaco Concrete Construction. He had a home repair company named The House Doctor where he was able to share all his God given talents with many people.

Dennis loved to hunt and fish. He always looked forward to springtime so he could throw out a line. He also enjoyed being outside on his perfected “golf course” like lawn.

He loved the Lord and his family meant more than anything to him.

Visitation beginning with the rosary will be from 5 to 8 p.m. Monday, Feb. 3, 2020, at the R.L. Leintz Funeral Home. Mass of Christian Burial will begin at 10 a.m. Tuesday, at St. Joseph Church, with Rev. David McEvoy, O.Carm., as celebrant. Burial will follow at Mt. Calvary Cemetery. In lieu of flowers memorials are suggested to the American Cancer Society or the Leavenworth County Humane Society.
Read Less

To send flowers to the family or plant a tree in memory of Dennis Visocsky, please visit our Heartfelt Sympathies Store.

Receive notifications about information and event scheduling for Dennis

We encourage you to share your most beloved memories of Dennis here, so that the family and other loved ones can always see it. You can upload cherished photographs, or share your favorite stories, and can even comment on those shared by others.

Steve & Bev Hill, Utility Solutions/CWA, and other have sent flowers to the family of Dennis Visocsky.
Show you care by sending flowers

Posted Feb 02, 2020 at 03:50pm
Dennis was a kind man and a friendly neighbor. He came to my wife's aid when her car was hit by a careless driver on the corner of 10th and Ohio when Dennis and his wife lived near there. We really appreciated his kindness. Later they moved
on Western nearer to our home on south 16th and we had many occasions to visit as we drove by when he was out in his beautiful . Godspeed Dennis and deepest sympathy to the family. Bates Dyer
Comment Share
Share via:
EK

Posted Feb 02, 2020 at 06:31am
Please accept my most heartfelt sympathies for your loss... My thoughts are with you and your family during this difficult time. 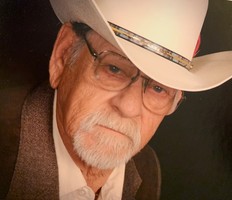