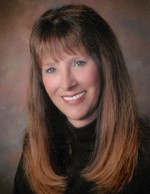 Dawn Elaine Ekstrom, 66, of Leavenworth, died Thursday, July 2, 2020, after a 2 year battle with a rare form of cancer. She was born April 27, 1954, in Leavenworth, the daughter of Jack A. Neal and Phyllis Nadine Lane.

Dawn was preceded in death by her mother.

She loved spending time with her children, granddaughters and her dogs.

A private family service will be at a later date. In lieu of flowers memorials are suggested to the American Cancer Society