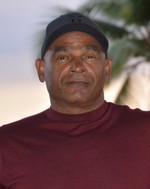 He was preceded in death by his mother, Margaret Terry.

Visitation will be from 9 to 10:30 a.m. Wednesday, Aug. 12, 2020, at the R.L. Leintz Funeral Home. Due to COVID 19, the graveside committal service with military honors will be rendered at 10:30 a.m. at the funeral home, with a private family burial to follow. Memorials are suggested to his three grandchildren, Mehki, Mason and Mariyah Stephens (http://everloved.com/life-of/carl-norwood/donate).