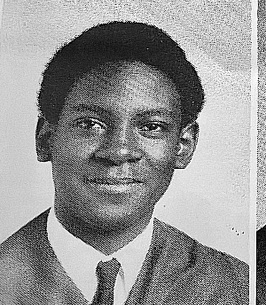 Calvin Sylvester Johnson was born January, 25, 1952, in Gibson, North Carolina and passed away on the evening of 24 May, 2022 at home, in the arms of his loving wife, after an extended illness.

He is survived by his wife, Vickie Johnson; and children, Veronica B. Johnson of Washington D.C., Calvin S. Rickson (Summer) of Basehor, Kan., and Sarah L. Johnson-Odele (Rasaq) of Clermont, Fla. Calvin is the loving grandfather of five grandchildren. He is also mourned by his sister, Nancy (Johnson) Monroe of Laurinburg, N.C.; and a host of loving nieces, nephews and cousins who will miss him.

In addition to his military service and family life, Calvin enjoyed hunting and fishing, jazz music, serving his community and an occasional cigar with a two finger in his backyard. He was also an avid KC Royals baseball fan. Calvin was very involved in the community, he served as State and Local President, and life-member, of the Kansas Association of the United States (AUSA), served on the Leavenworth Lions’ Board of Directors and the Leavenworth County Historical Society Board of Directors, a Unit Commissioner and Eagle Scout of the Boy Scouts of America. Calvin was a devout member of his church and served as a lector on Saint Casimir Men’s Society. He was a fervent advocate of veterans affairs and served on the Governor of Kansas’ Military Advisory Committee. Calvin was also a life member of the Leavenworth NAACP, Veterans of Foreign Wars Post 56 and the Richard Allen Cultural Center and Museum.

He was highly respected and admired through his selfless efforts in giving back to his community. Calvin is loved, and will be missed by family, friends, and colleagues!

Visitation will be from 6 to 8 p.m., with the praying of the rosary at 7:30 p.m., Sunday, June 12, 2022, at the R. L. Leintz Funeral Home. Mass of Christian Burial will begin at 9:30 a.m. Monday, at Sacred Heart Catholic Church. Burial will follow at Leavenworth National Cemetery.