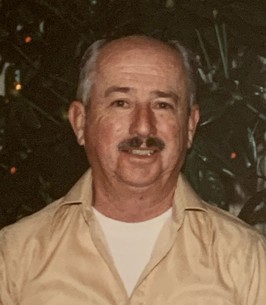 Byron F. Story, 92, of Leavenworth, Kan., passed away peacefully, May 23, 2022. Ben, to all who knew him, was a kindly, gentle and patient man. Someone who was always willing to lend a hand and provide an encouraging word.

He grew up in Southern California during the depression era, one of three children of Byron and Margaret Story. He attended the University of Southern California earning a bachelor’s degree in Business Administration. While at school he met his future wife Marilyn Rotherum but their marriage was delayed when Ben joined the military to serve during the Korean War. He was on a troopship heading for Korea when the armistice was declared so he was rerouted to Japan where he served for roughly two years as an instructor teaching firefighting skills to members of the Army.

Upon his return from Japan in 1954, Ben married Marilyn and joined her father in the insurance business eventually taking over the business when his father-in-law retired. He and Marilyn had one child, Maureen, and made their home in Northridge, Calif..

Ben was an independent insurance agent and a very successful small business owner. He and Marilyn traveled extensively over the years allowing them to visit locations on five of the continents. The family also enjoyed favorite vacation destinations across America, particularly the Calaveras Big Trees State Park in California and the Lost Creek Ranch in Jackson Hole, Wyo.

The family moved from Northridge to the high desert north of Los Angeles in 1975, establishing their home in Llano, though the house was actually located on the Crystalaire Country Club in the foothills of the mountains of the Angeles National Forest. From there, Ben continued to commute to his insurance office in Van Nuys each day, eventually retiring in 1987.

Sadly, Marilyn passed away in 2000 and over the next ten years Ben kept busy around his home in California. He was a voracious reader and made a point of visiting the local library every week to pick up several books and magazines. He also found considerable enjoyment volunteering at a local kindergarten where he would read to the kids and served as something of a grandpa figure for many of them.

Ben suffered several mini-strokes leading to a moderate level of dementia which he was able to live with for a time but ultimately it was decided that he should move east to be with his daughter’s family. Ben arrived in Leavenworth in September of 2011 and remained involved in household activities and family travels for the next ten years. He volunteered at Wallula Christian Church helping out with Third Thursday Community Meals and the Backpack Buddies Program. He also enjoyed participating in the weekly Functional Fitness exercise program at the Lansing Activity Center. As his dementia became more significant in early 2021 he moved into a nearby memory care facility at which he could receive the extra care he needed.
Ben was known to everyone as a caring, upbeat, supportive person, always ready to help - a truly wonderful spirit. He is survived by his daughter Maureen, her spouse Howard Lee, and his grandson Brian

A memorial service celebrating his life will begin at 3:00 p.m., Thursday, May 26, 2022, at Wallula Christian Church, Lansing, Kansas. In lieu of flowers, the family has asked that donations be made to Leavenworth Backpack Buddies in care of Second Harvest Community Food Bank, St. Joseph, MO. Arrangements in care of R.L. Leintz Funeral Home.