To share your memory on the wall of Brennan Sanders, sign in using one of the following options:

He is survived by his son, Kaden Sanders; his fat... Read More
Brennan T. Sanders, 32, of Henderson, Nevada, passed away Sunday, September 6, 2020. He was born January 1, 1988, in Hemet, California, the son of Donald Sanders Jr. and Bridget Campbell.

He is survived by his son, Kaden Sanders; his father, Donald Sanders Jr.; his mother and stepfather, Bridget and Carl Campbell; three brothers, Brock Sanders (Katie), Charles Campbell (Allison), and Aaric Sanders; grandparents, Donald and Evan Sanders, Glen and Pam Schell, Patricia and John Risalvato, and Barbara Campbell. He is preceded in death by his grandfather, William Campbell, and grandmothers, Sharon Mauldin and Trisha Schell.

He will be missed by the many aunts, uncles, cousins, nieces, nephews and friends he leaves behind.

Brennan lit up a room with his larger-than-life personality and big smile. He did not know a stranger and made everyone feel like a friend.

One of Brennan’s biggest achievements was his time in the Army. Brennan deployed to both Iraq and Afghanistan. He was loved and respected by the men he led and served with.

A memorial service will begin at 1:30 p.m. Friday, September 18, 2020 at the R. L. Leintz Funeral Home. In lieu of flowers, the family requests donations to the Veterans Community Project, 8900 Troost Ave., Kansas City, Mo 64131 dedicated to supporting homeless veterans. Donations may be given to the family or donations made directly to www.veteranscommunityproject.org/donate .
Read Less

To send flowers to the family or plant a tree in memory of Brennan Sanders, please visit our Heartfelt Sympathies Store.

Receive notifications about information and event scheduling for Brennan

We encourage you to share your most beloved memories of Brennan here, so that the family and other loved ones can always see it. You can upload cherished photographs, or share your favorite stories, and can even comment on those shared by others.

Alexander Rovirosa and Andrew Sheehan sent flowers to the family of Brennan Sanders.
Show you care by sending flowers

Posted Sep 18, 2020 at 01:36pm
Extending my deepest sympathy to you both during this time. My prayers and blessings are with you.

Posted Sep 18, 2020 at 09:20am
Brennan volunteered to go into harm's way on behalf of all of us. For his dedication to the nation and personal sacrifices, I am eternally grateful.
Comment Share
Share via:
BM

Posted Sep 15, 2020 at 12:57pm
May his memory be eternal... While I didn’t have the privilege of knowing him, he served with honor alongside my son. My deepest sympathy to his family and friends.
Fran Gull
Comment Share
Share via:
IS

In memory of Brennan Sanders. 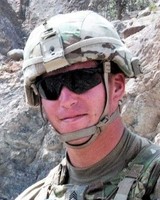 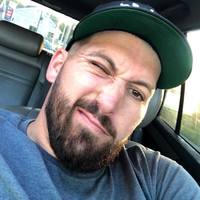 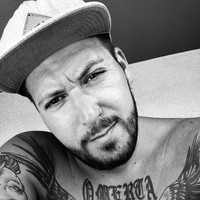